The device is marketed under the name HTVet, it has high reliability and the pilot will be tested at European level in Spain, in three MiVet clinics in Madrid, Barcelona and Valencia. Currently, it is only possible to detect cancer through a biopsy or fine needle aspiration, expensive and painful methods for the animal. This technology allows a single visit to the veterinarian to achieve a complete diagnosis and can save the lives of millions of pets thanks to the early detection of cancer

Pets are a member of the family and, therefore, their care and well-being is very important. Among the ailments they suffer, cancer is increasingly common, being fatal in a high percentage of cases. Specifically, according to data from the Veterinary Cancer Society, this disease is the leading cause of death in 47% of dogs and 32% of cats.

At present, it is only possible to detect cancer through a biopsy or fine needle aspiration – both expensive, invasive and painful methods for the animal that involve a long wait for analysis. However, more and more companies are focusing their efforts on developing technologies that help improve animal welfare. With this objective, HT BioImaging has launched HTVet, the first non-invasive imaging tool for the detection of cancer in dogs and cats, which has just arrived in Spain.

“The detection of lumps or bumps is a common task in a veterinary clinic. The invasive process that the animals have to go through for their classification means that, in many cases, these tests are delayed, it can be a late detection of cancer. This is precisely what has led the company to develop an early detection system with immediate results that does not harm the animal ”, says Shani Toledano, CEO of HT BioImaging.

The scanner will be tested for the first time in Europe at three MiVet veterinary clinics in Spain: Madrid, Barcelona and Valencia. As a pilot test, trials will be carried out over several weeks to establish comparisons between the results offered by the traditional biopsy versus this totally painless and non-invasive method for the animal. And, according to the results obtained in countries where HTVet has already been tested – the United States and Israel – this disruptive technology has high reliability.

“At MiVet we are committed to a team of professionals who enjoy their work and we invest in technology so that they can develop their capabilities to improve the service we offer to pets. This is precisely what has led us to close this extraordinary agreement with HT Bioimaging, a collaboration that we believe will have a high probability of success ”, says Javier Arias, CEO of MiVet.

Its operation is based on Heat Diffusion Imaging (HDI), which recognizes cancer cells for their unique thermal properties. This innovative technology, patented by HT BioImaging, allows the early detection of cancer and the classification of suspicious masses in a non-invasive way and in real time in the veterinary clinic. To do this, the device sends a heat wave to the animal’s tissue without causing any damage and measures the diffusion of heat. The signal it transmits is automatically analyzed by computer with an advanced vision algorithm to identify any abnormality, highlighting, classifying and locating the pathological tissue.

“HTVet allows that, with a single visit to the veterinarian, there is a complete diagnosis to begin the treatment as soon as possible. The ultimate goal is to save the lives of millions of pets thanks to early detection ”, concludes the CEO of HT BioImaging. «We are working so that this advance, totally beneficial for animals, can also be transferred to human medicine, once it passes all the regulations and appropriate testing phases for its use,» she concludes. 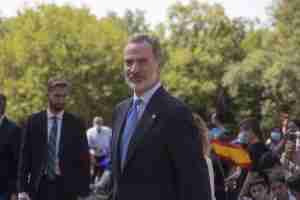 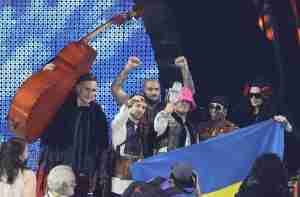 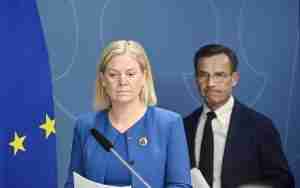