The Shikoku Inu is a breed of dog originally from Japan and more specifically from the island of Shikoku, in the mountainous region of Kochi, which is why at first its name was kochi ken (or what is the same, Kochi dog) .

It is also called Kochi-ken, Mikawa Inu or Wolfdog. This breed is very relevant in this region, so much so, that it was even declared a national monument in 1937.

The shikoku inu is part of the group of spitz-type dogs, such as the German spitz or the shiba inu, which together with the Finnish spitz are some of the oldest dog breeds in the world.

It has more than 3,000 years of history and it is believed that it may have Chinese origin.

It looks very similar to the Shiba Inu but larger, being a trained hunting dog, it was used to hunt wild boar and deer.

There are 3 varieties in the breed, the Awa, the Hongawa, and the Hata, according to the Shikoku region where they were raised. The dogs of the Hongawa variety are considered to be the most typical and preserve the highest degree of purity as the region of origin is a remote area with difficult access.

The shikoku inu is a medium-sized dog, with a standard weight of between 15 and 20 kilograms

They tend to have a strong character, but very benevolent. It is a breed that has been trained for centuries for hunting and surveillance, so it is not surprising that it has an incredible capacity for attention and continuous alertness. It is also a very cunning and active dog.

Today it is a breed that is not in danger of disappearing, but it is very unknown outside of Japan. 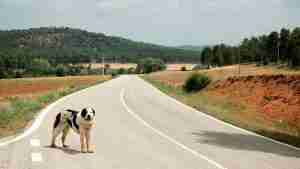 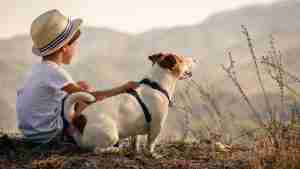 AntAnteriorRoute of the Palaces and Castles in the Henares Valley
SiguienteTorremolinos leads the increase in national tourism throughout Spain with more than 339,000 overnight stays in JulySiguiente